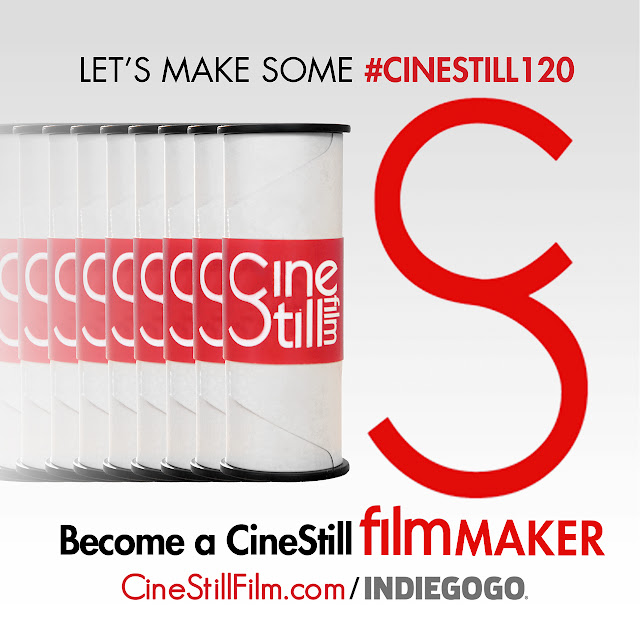 Over the past year, we've gone back to the drawing board, created more cost effective designs, scaled down the minimum order quantities, and even made a really cool new crowdfunding film on CineStill film! We have worked hard to create a leaner and more flexible plan for CineStill 120. We are ready, with a more flexible project, so we have chosen a more flexible crowdfunding platform to give you the opportunity to bring CineStill into the world of medium format.

CineStill 120 is about more than just us bringing to market a new product that we are passionate about... It's about you! It's something you have been asking for since the beginning and it can only happen if you make it happen!

We want you, our most loyal supporters, to be our first "CineStill Film Makers" and beta testers! The project is now live and early contributors will have access to limited "early-bird" perks and the chance to beta test CineStill 120 before the first production run is complete!

Immediately following our Kickstarter campaign which received nearly $120K in pledges but did not meet it's larger goal, IndieGoGo reached out to us. They were confident that we could have a "hugely successful campaign" and generously offered to help us "blow past" our original goal. This was enticing and could most certainly have worked, but after speaking with them and much deliberation, we opted to take time to explore the opportunities before us and to work out a better plan for our supporters. One where your previously pledged contributions would be enough and we could award your dedication and support with better perks and exciting stretch goals.

We are now counting on you to match or surpass previously pledged funding. Please contribute generously to collect your piece of the pie. CineStill 120 on IndieGoGo


With your support, we have a clear pathway to bring CineStill 120 to market at an affordable price. All the components are sourced, we have the process prototyped, and all of the agreements and services are in order. We are even giving early supporters opportunities to further beta test for us!

The main obstacles originally (other than funds) were the MOQs (minimum order quantities) and setup cost vs volume of production. With medium format film, we couldn't just start small and scale up, as was the approach with our previous 135 releases. It is either large scale production or not at all. In order to produce the highest quality product, we needed to secure all the materials compatible with slitting and spooling 120, and engineer our process for the optimal and appropriate scale. Fortunately, during our last campaign, you displayed the demand and scale of interest that is achievable and we have adjusted accordingly! This included securing special order materials, a custom built machine and a larger production space. Initially, this required over $300K in capital to produce and fulfill a crowdfunding campaign which would bring CineStill 120 to market. But hard work and dedication pays off.

We have since invested much towards this goal, negotiated lower minimum orders, created production efficiencies and more cost effective equipment design.

We have a plan, and $120K is the minimum additional funding needed to get our first MOQ production run off the ground. In truth, it has and will cost more going forward, but that is the remaining of what we need to raise through pledges to justify a large scale production and begin sustained distribution.

Since the beginning, we have resisted the temptation of expanding too quickly through outside investment or excessive leveraging of debt. Such an approach, though enticing, would result in a higher end retail price and limit future expansion of our products. This is where crowdfunding is so helpful. It allows you to stimulate startup based on demand, bringing to market much more efficiently, a product with market awareness for continued availability.

Starting out with multiple production runs of 120 to be distributed at wholesale would take much more outside investing and several cycles to sustain. More time, requires more funding, leading to higher prices. By inviting you to become "CineStill Film Makers," you will be our investors and you will reap the perks!

So if you haven't already, please take a look at the new project and watch the film we made. We would love your comments and feedback. Once you've made your most generous contribution, please share with your friends in the analog community.

This is our renaissance, 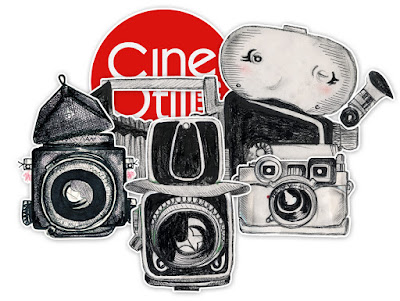