Slide film is ageless. For years, photographers have loaded it into their cameras and have created memories that they can view, positive images on strips of film, that could be mounted and projected in all its glory. Then, it all but vanished. Until Kodak brought back the enchanting E100 yet again, reigniting the passion for positive.

You already have E100. But what about E100T? With TungstenChrome, you have the ability to tap into the cinematic rich tones of tungsten-balanced photography, now brought to life in Positive. Processing with DaylightChrome yields the conventional standard you’d expect to see from the legendary positive film. And finally, processing with DynamicChrome, unlocks peerless detail, warmth, and dynamic range. 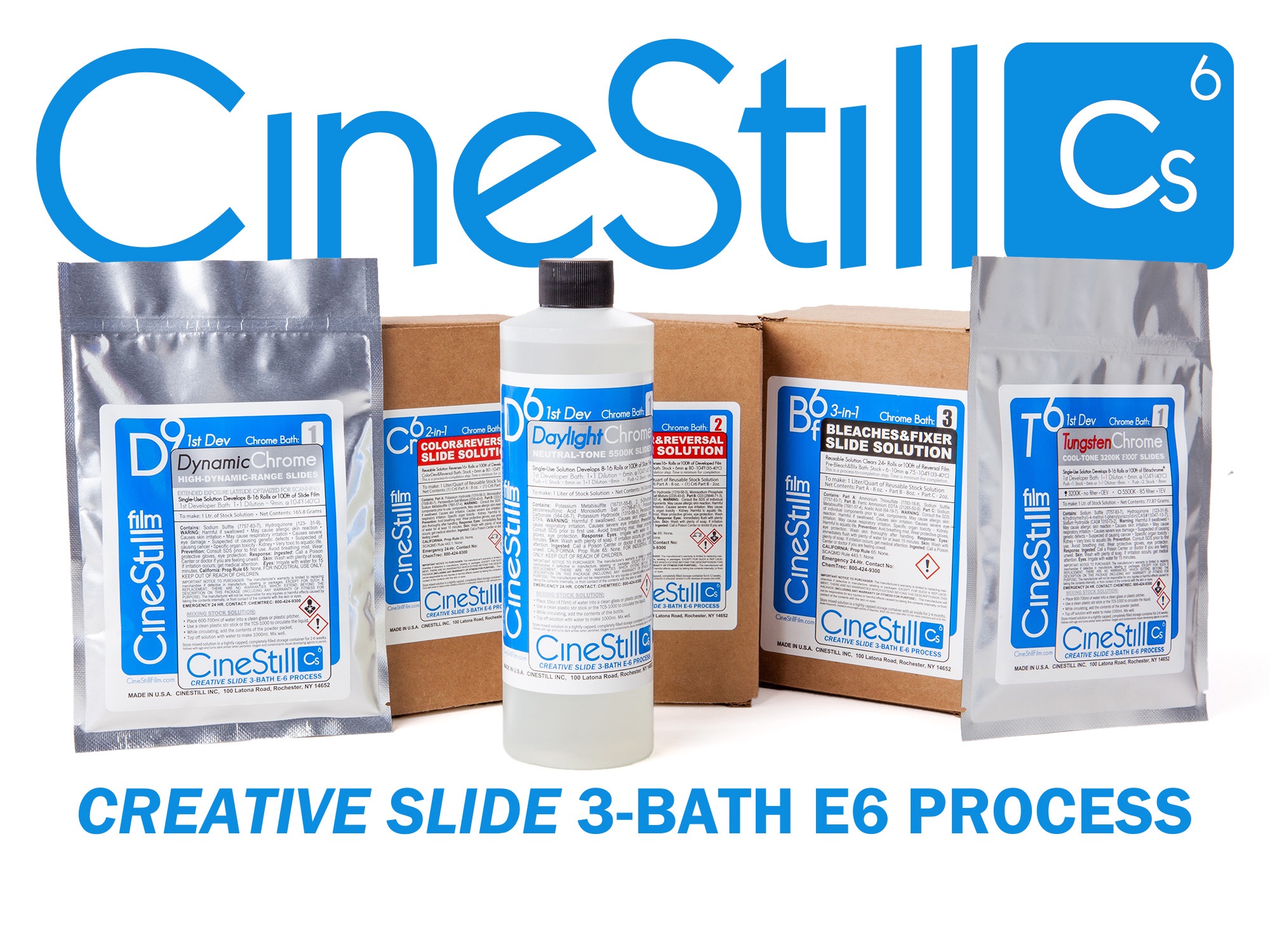 Want to shoot slide film? Want it to be quick and easy to process? Want to still have creative control over how your images look? Introducing the CineStill Cs6 “Creative Slide” 3-Bath Process for simple creative control of your E-6 film.

The reversal process is the purest of analog processes and it’s now more creative and accessible than ever! The colors of slide film are unrivaled and now you can color-time and control dynamic range with alternative 1st developers. For the first time ever, you can change the color profile of your slides. With limited slide film options available today, CineStill is tripling the choices available for slide film, and demystifying slide processing with only 3 baths to appreciate a beautiful photograph. Your slides should be superior to color-corrected negative scans, without sacrificing creative control. For the past several years CineStill has been developing ways to bridge the gap between mail-order photo labs and instant photography. Whether it be a Monobath for B&W film, a simplified 2-Bath process for color negatives, a Temperature Control System for mixing and heating chemicals, or various partnerships to make daylight processing accessible... There’s no longer a need for a darkroom, professional lab or high-tech equipment to create analog photographs. You can now create beautiful color transparencies at home through one simple process. 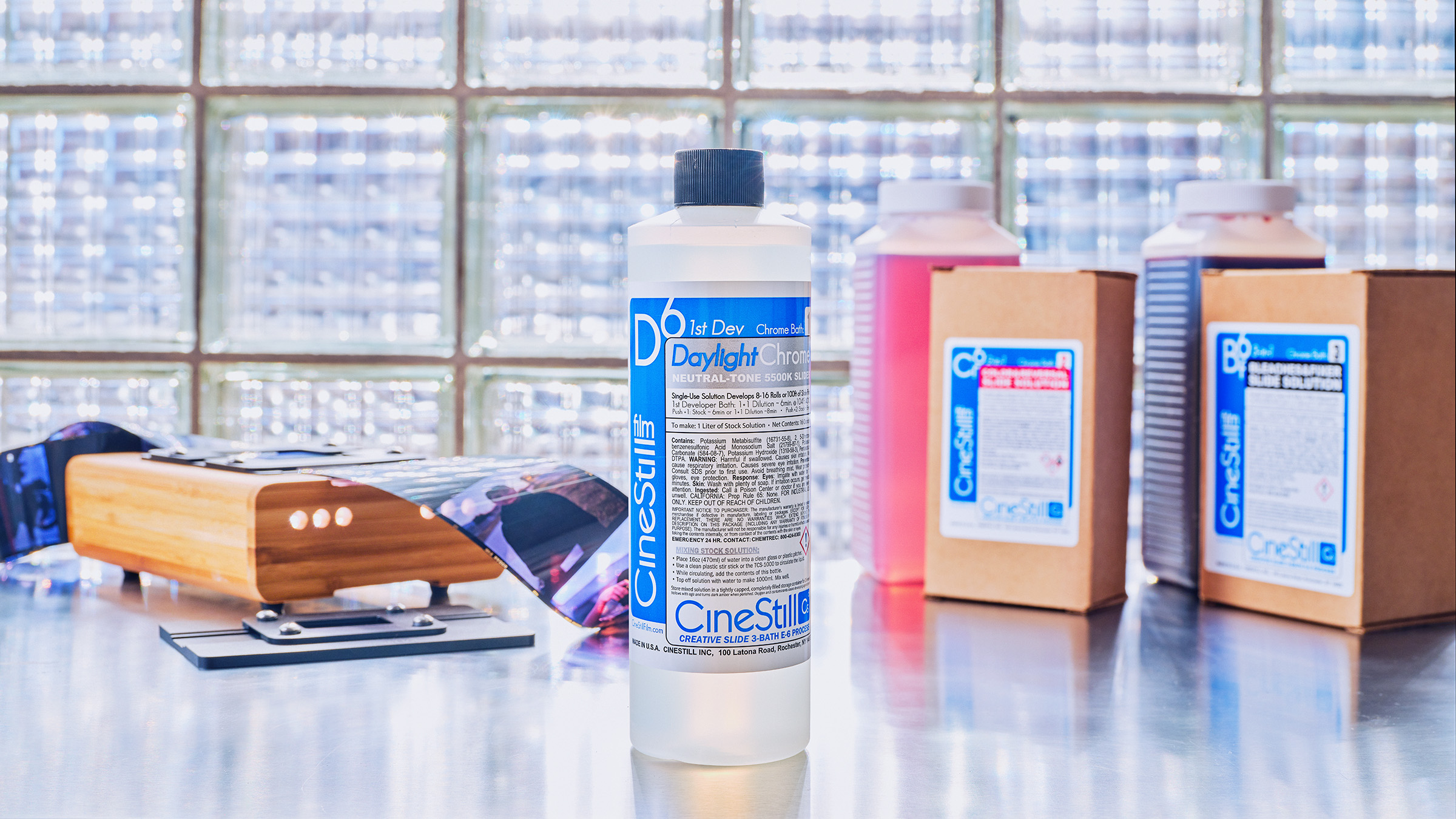 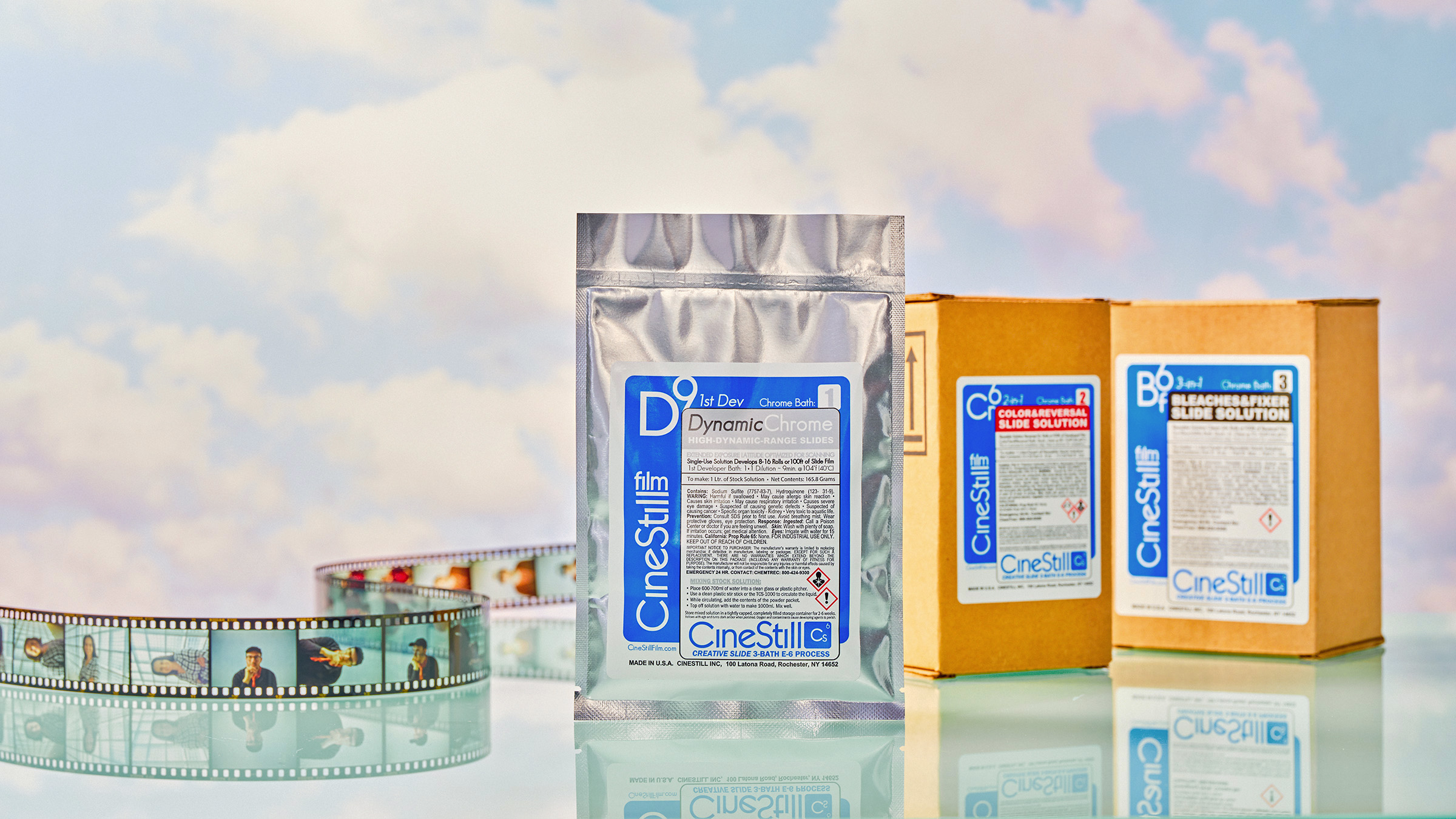 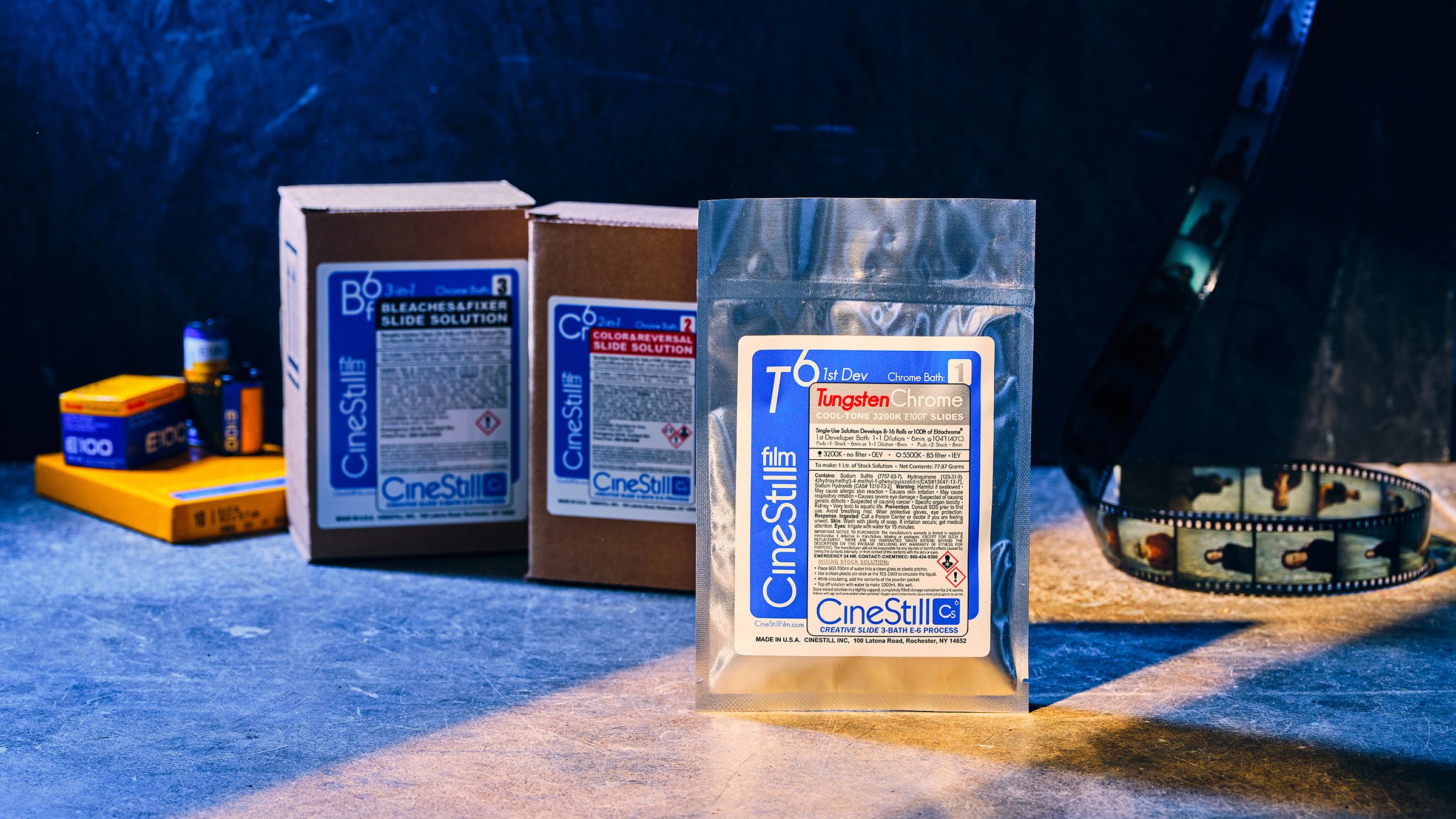 3. T6 “TungstenChrome” Cool-tone 3200K 1st Developer
Renders approximately 6+ stops of usable dynamic-range* with cleaner whites, and moderately enhanced color saturation. Shoot in artificial light without sacrificing 2 stops of exposure to color filtering! Kodak's published technical data sheet recommends exposing E100 at EI 25 with an 80A Filter in Tungsten (3200 K) light. Now you can expose at box speed in low-light or even push to EI 200 or 400, and color-time your slides in processing. With conventional E-6 processing this would require color filtration and a 2-4 stop exposure compensation. Single-use 1+1 dilution develops up to 16 rolls or 100ft of Ektachrome®.

** Maintaining temperature is not essential beyond pouring in a 1st developer. When a temperature control bath is not available, simply preheat the 1st Developer +2ºF warmer, and the other baths will automatically process-to-completion as they cool down. Only the 1st developer is time and temperature critical because it controls contrast and color. 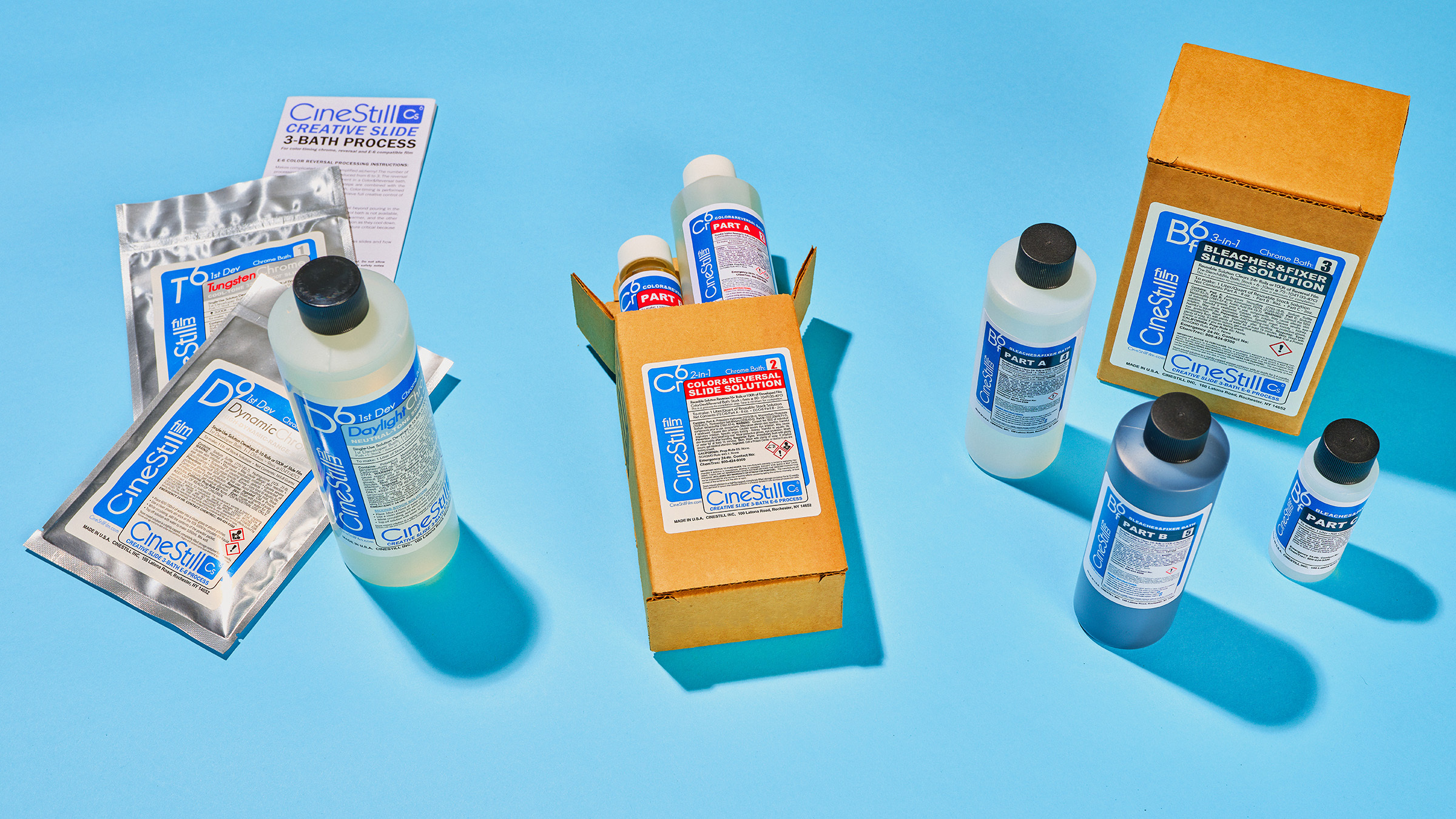 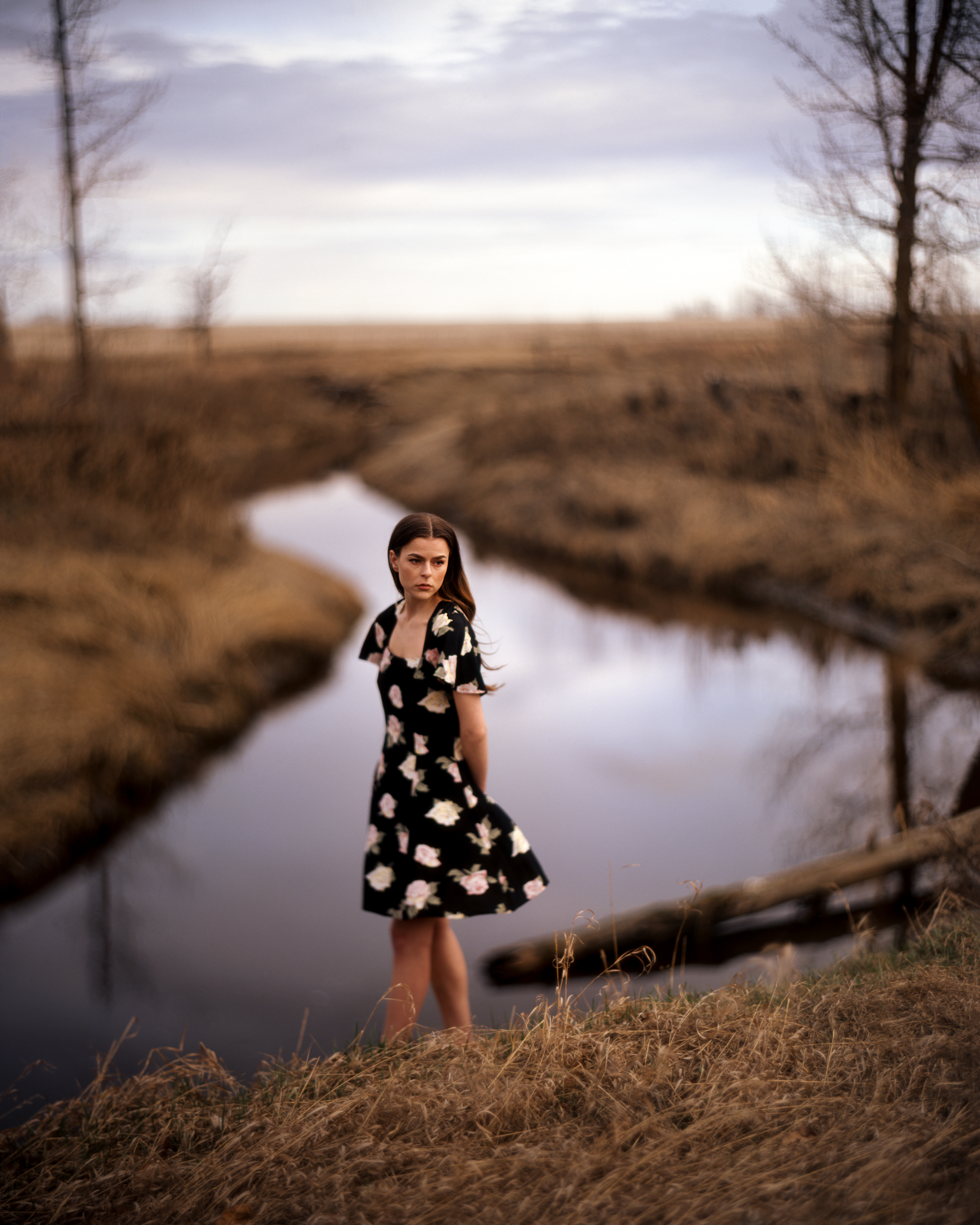 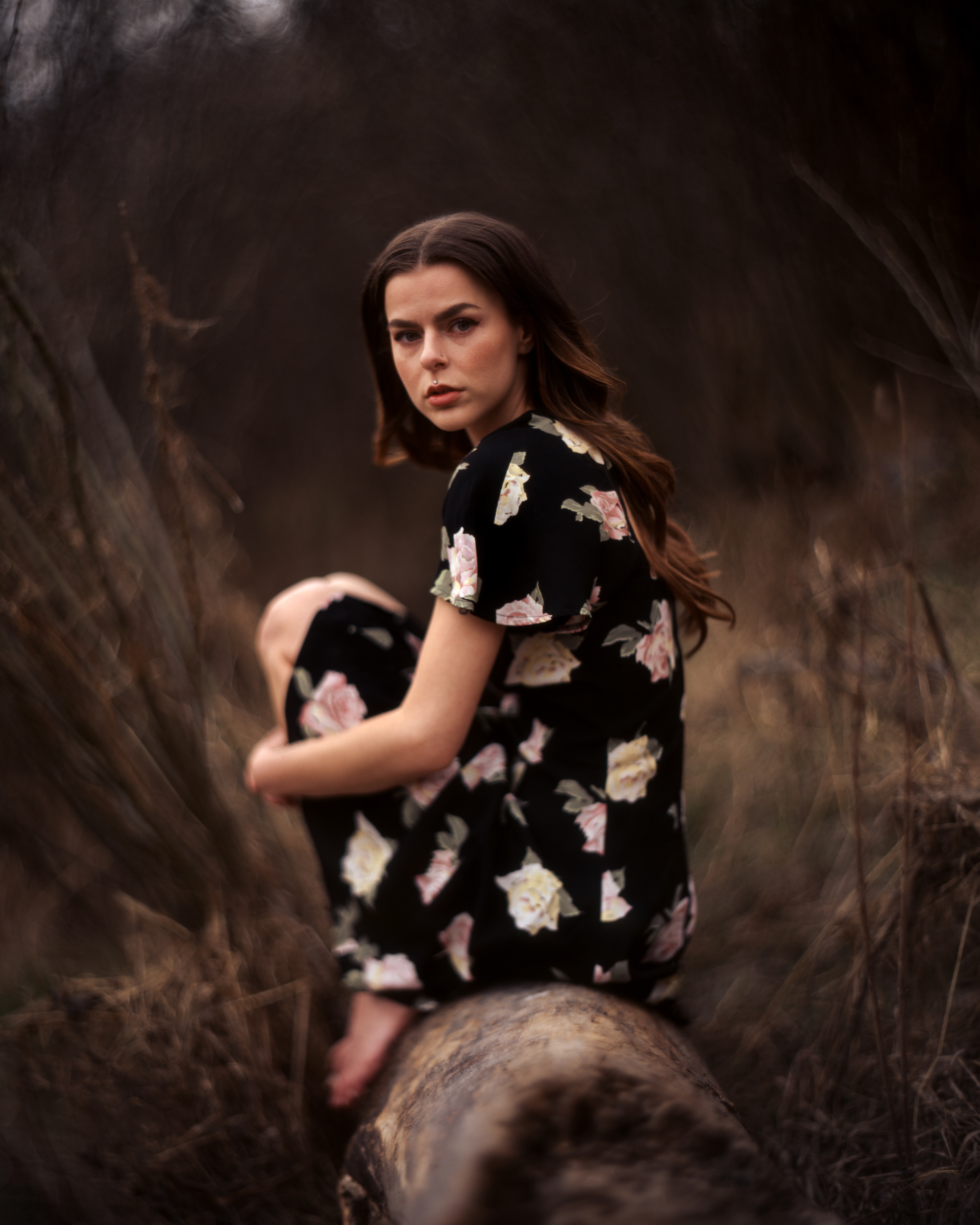 
"One of the biggest pains in shooting slide film is the limited dynamic range. After developing with the D9 “DynamicChrome” 1st developer, I was amazed that I had to bracket my camera scan to take advantage of the full dynamic range of the image. Getting nearly the same dynamic range as color negative is mind-blowing!" -Bill Manning, studioc41.net 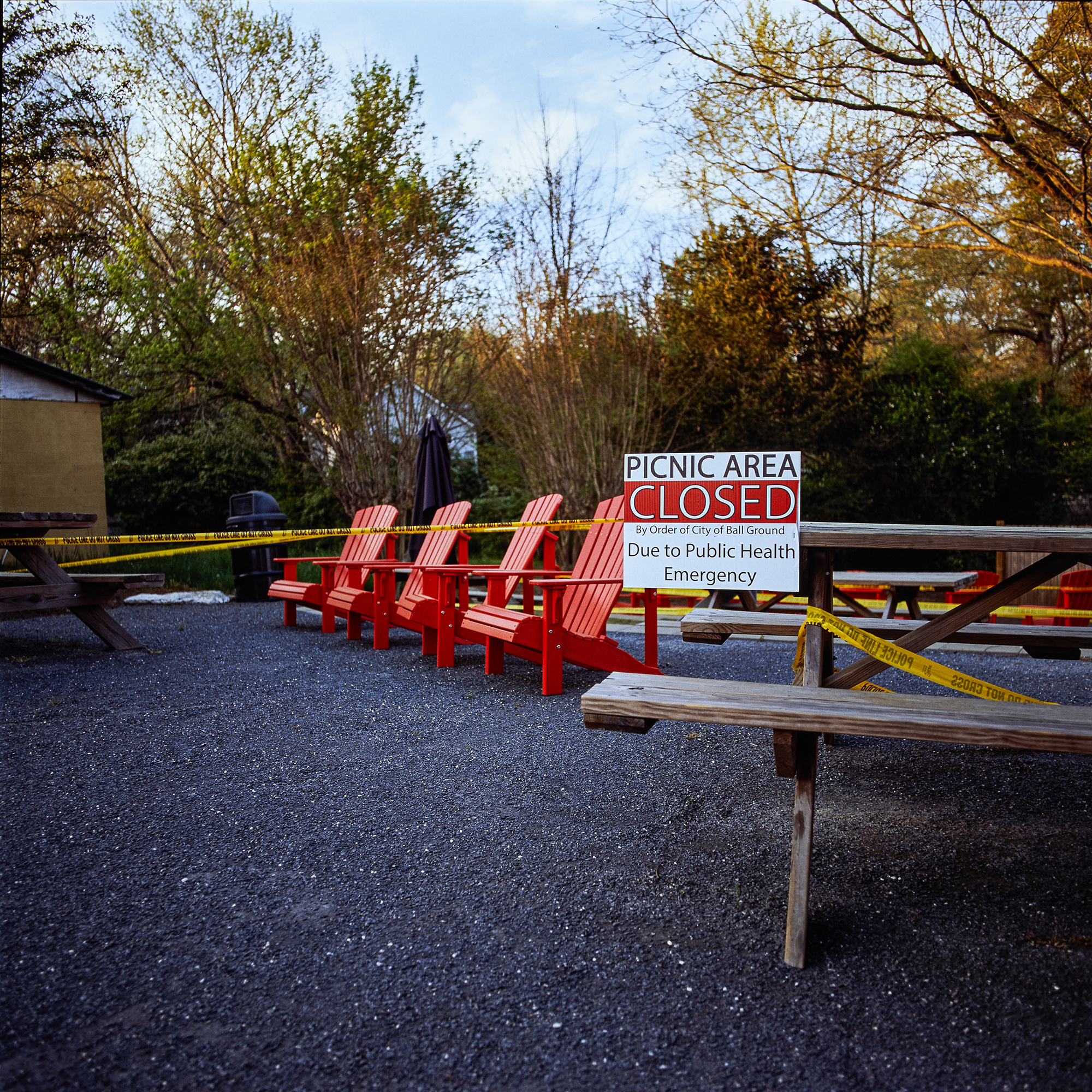 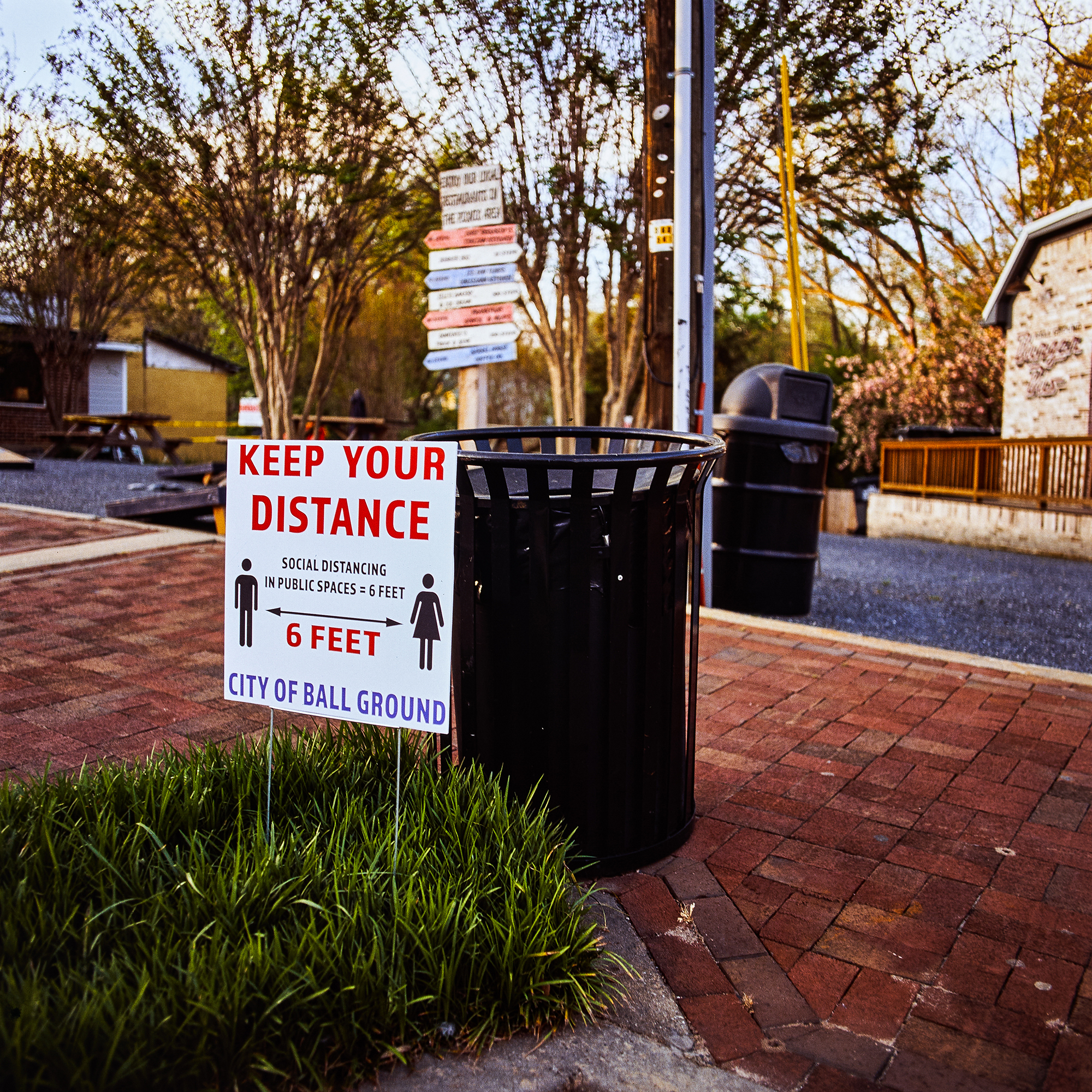 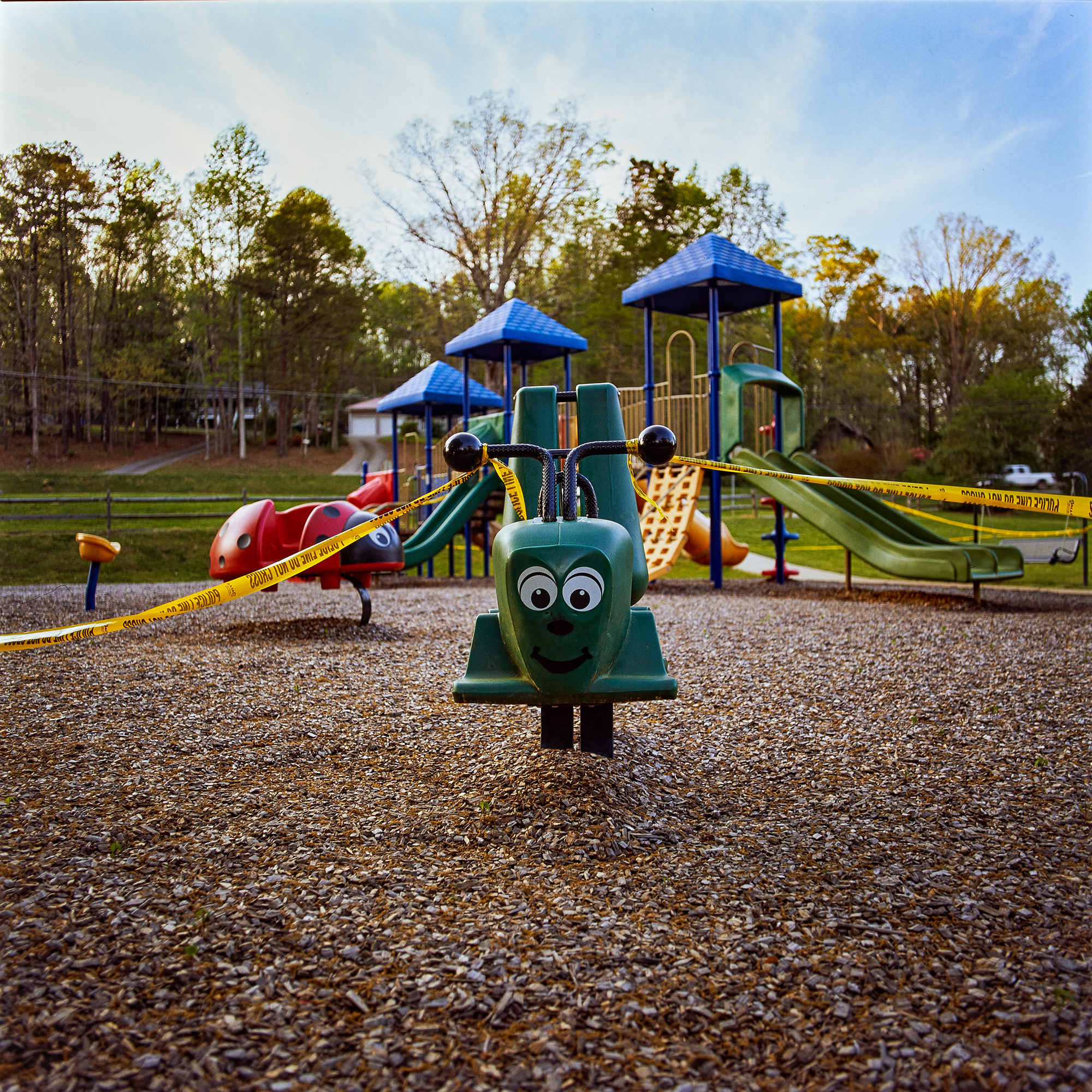 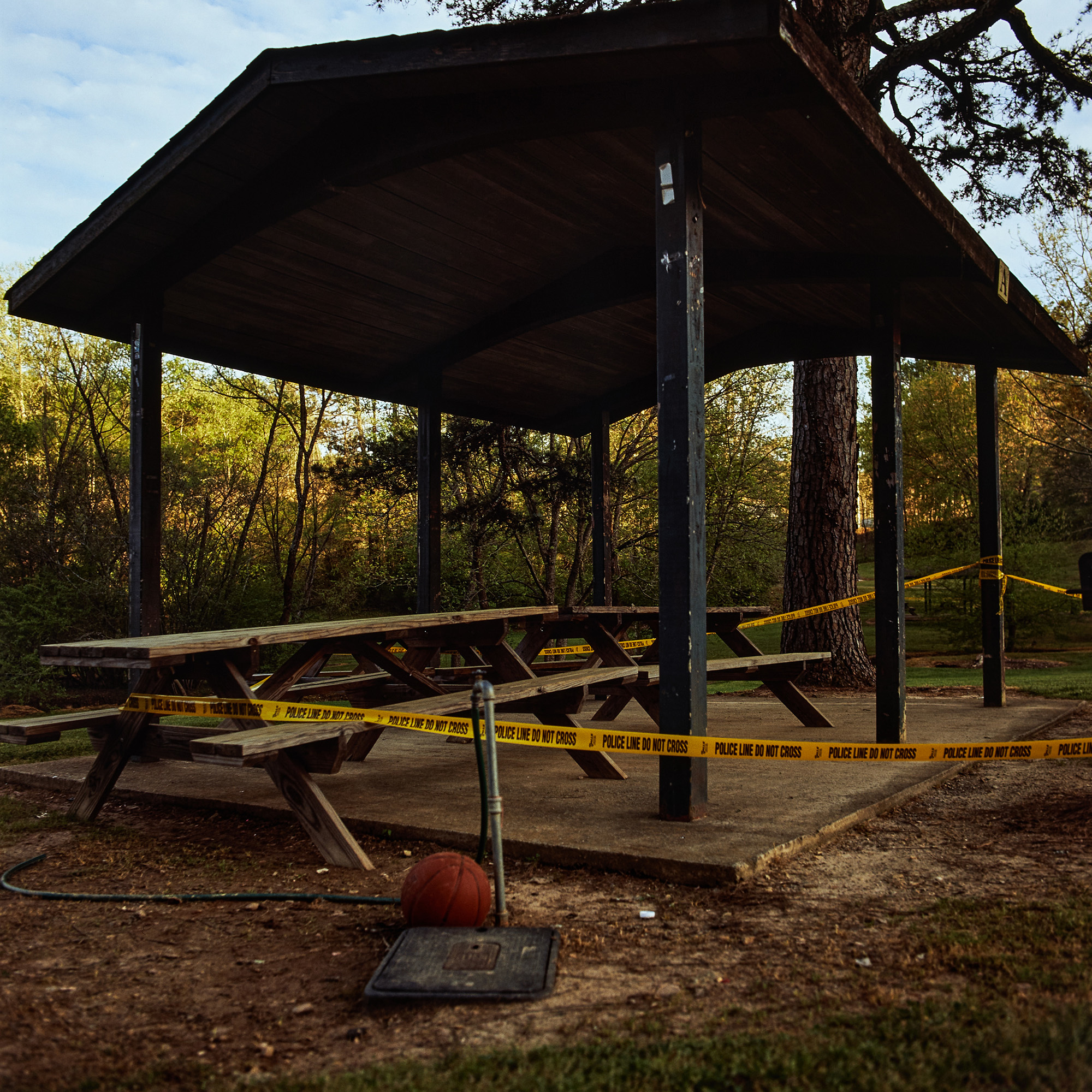 
The CineStill Cs6 3-Bath Kits and separate components are available for purchase now at CineStillFilm.com, and throughout the U.S. and E.U. markets later this summer.